Hidetaka “SWERY” Suehiro is nothing if not unique. Responsible for two of the most bizarre, and cultishly beloved, games in recent memory (Deadly Premonition and D4), SWERY shared 65 inspirational tips for people working on games and offered some insight into his process. Check em out below!

2. Take detailed notes on other people

- Write explicitly - As conditions change so do senses

- We tried this first with Kinect (too tiring) - Symbolization is important

6. Leave some time to enjoy the drama

- During synchro stunts QTEs all attention goes to the HUD, don't let the HUD get in the way 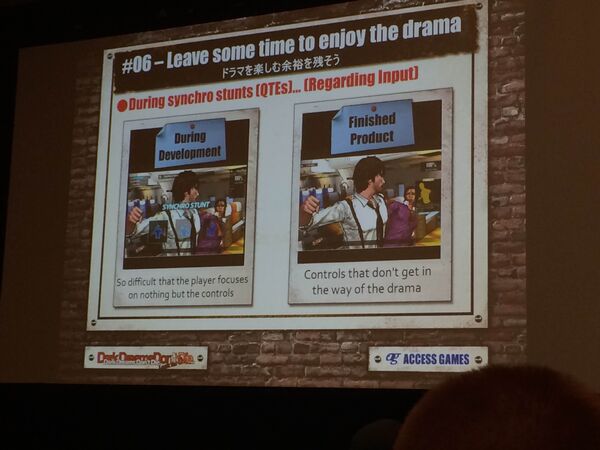 7. Don't let go of your notebook

8. Don't blindly accept the results you get from searching

- Failures in D4 were turned into comedy scenes, instead of traditional negative reinforcement.

12. Foreshadowing and input timing are important

-When users know what they have to do they empathize with the character. Give users a hint to what they should do

14. Trial and error with the UI is necessary for sensory replication

16. Aim for the impossible

- Even immortality… could be possible

- Hard for a team of vets to challenge themselves 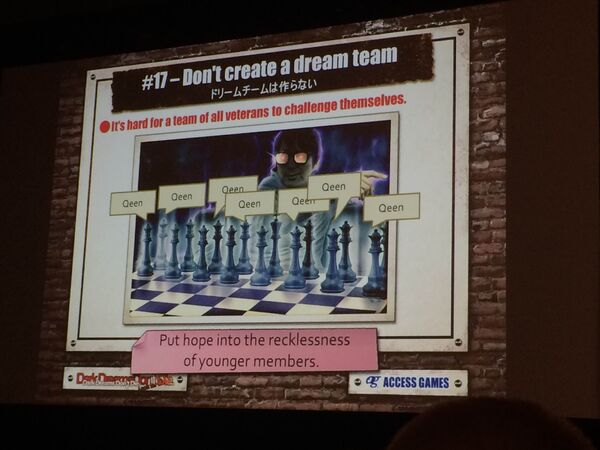 18. Look closely at your failures

- The device does not make the game

20. Ideas before technology, don't match the game to the device

23. The unnecessary is necessary

25. Don't start from the story

-Ideas only stay fresh for so long

27. Keep a stock of rejected ideas

-A vault of valuable data

28. How many balance balls you need

-Number of developers divided by /4

29.Decorate the studio with game stuff and art from the world that you’re making

30. Watch movies that inspired you and your team early on

- Don't enjoy them just as references but as works of art

31. Always play the newest games with your team

32. Review your own game as a team

33. Get a big whiteboard

34. Write on it together

35. Don’t be stingy with your pen colors

37. Declare that you'll take responsibility, that way you get past deadlocks

39. If nothing else works just get mad back at them

- Go all out, put your full force in!

-See as much of the world as you can, footwork>network.

-Have a drinking party for the team when you finish your project.

42. Don't be afraid of paying for things out of your own pocket

- People don’t forget it when someone treats them, your personal money is more meaningful than the companies.

43. Drink until the sun comes up

44. Play a trivia game on your balance balls 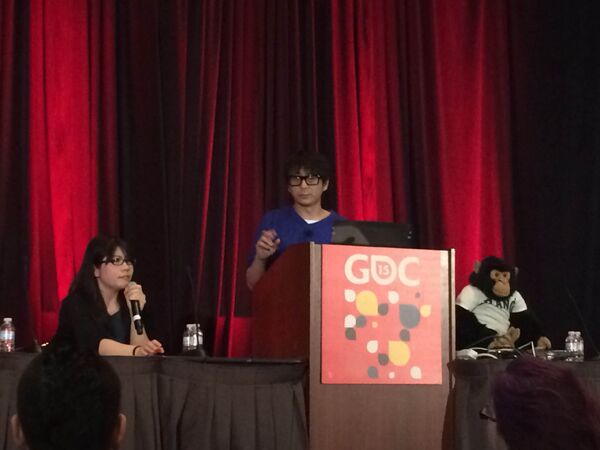 -You don't have to immediately accept them

46. Don’t show it until its finished

47. Don’t play until its finished

- Don't play the game every day when its under progression, lest you get too used to it. Retain the user’s viewpoint.

- Even if it means a huge rewrite

49. Don't try to cover up for stuff with gestures

- Say what you mean, eople only understand words

- Get real research! Only losers Google it

51. Create buzz words in your team

- Team slang is like a password, and will create empathy as they try to give the word a connection.

52. If you get lost collect samples

-Don't give them data before they play it, get the raw reaction

53. Collect power from your fans

- Only smile when it really counts

56. Enjoy the bugs you find

- If things get tough just hug it out

59. Prepare yourself for battle

- Get good quality sleep and plan ahead to relax

60. Learn how to sleep on a balance ball

62. Gladly do something you don't want to do in order to get to do what you want to

63. There’s absolutely no need for everyone to do the same thing

- Aim for your own style of art

64. Don't get hung up on hexidecimal

65. Think about it on your own

In addition, SWERY showed a PC version of the game running with mouse controls. While it isn’t confirmed for retail yet, we’ve got a good feeling about it.