Edit
watch 01:36
We're Getting Mutants in the MCU - The Loop
Do you like this video?
Play Sound

This article is still under construction and may contain errors 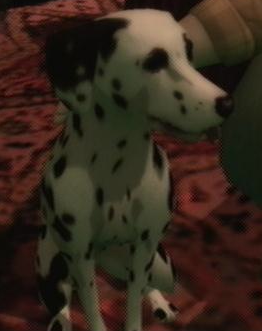 Willie is Forrest Kaysen's dog. Kaysen describes Willie as a very intelligent dog, clever enough to be a detective himself.

Willie lives in a dog house in the back of Kaysen's truck. However, Kaysen and Willie are rarely seen apart. Willie is also fond of the twins, Isaach and Isaiah Ingram, and often visits with them. Willie, as a dog, loves bones. At one point he steals bones from Francis York Morgan leading to a sub quest which yields one of the most powerful weapons in the game as a reward.

Willie also proves his intelligence throughout the game. He leads York to Kaysen in the art gallery after he is locked up by Diane Ames. Later, he helps Emily Wyatt track down Francis York Morgan after he is kidnapped from the Galaxy of Terror while investigating leads on the Raincoat Killer. Willie protects Emily during her fight against Thomas in the Clock Tower.

The creator of Deadly Premonition Swery hinted that Willie has an elaborate background story which unfortunately wasn't included in the game. However one clue was left in: The roads of Greenvale are laid out to form Willie's silhouette.

Willie could be the physical representation of Greenvale. It seems like Willie doesn't know what Forrest Kaysen is up to in the same way Greenvale doesn't know about Kaysen's part in Greenvale's corruption. This would explain why Willie doesn't show any hostility toward his owner. The dots on Willie's fur may represent the corruption that lingers in the town.

There is also fan speculation that Willie belonged to Zach at some point and now follows Kaysen, who put Zach in the Red Room, so that he can free his master. This theory stems from Willie's ability to track York based only on the scent of his cigarettes, his attack on Thomas and the fact that he follows Zach out of town during the game's ending. There is, however, no hard evidence to support this theory.

Swery confirmed Willie's relevance, saying that Willie was Kaysen's keeper, and was giving out the orders from the Red Tree.

Willie and Kaysen search for York.

Willie stands behind his owner, Kaysen.
Community content is available under CC-BY-SA unless otherwise noted.
Advertisement